A highly powerful prebuilt gaming PC that will smash any game in 1440p resolution and be a good option for 4K gaming can be had under $1500. Hell, even the sub-$1000 budget options on the market today are top-notch 1440p gaming computers. With that said, the prebuilt PC market in this range is filled with inadequate items, many of which are attempting to promote systems that you shouldn’t even be thinking about at this price. And let’s not even get started on the countless refurbished PCs being sold for $1500, many of which lack dedicated GPUs.

Therefore, we decided to compile a list of the best gaming PCs under $1500 in order to preserve your sanity and keep you from falling victim to fraud. Each and every choice listed below offers great value for the money. The one thing you won’t be able to avoid are cases with poor airflow, although this is a problem that affects the majority of prebuilt PCs overall.

A pre-built gaming PC is a great way to enter the highly competitive world of PC gaming if you’re just starting out and need to play at higher frame rates, resolutions, and detailed settings right out of the box. We describe some of the best pre-built gaming PCs available right now in this list.

How we picked the best pre-built gaming PC

After huge research, we came up with a long list of potential competitors, we then: examined the specs, compared them, and came up with the five best-prebuilt gaming PCs.

To provide you suggestions of how well these prebuilt gaming PCs performed, tests were made and benchmark results were recorded across many various games and platforms. We precisely choose popular games to give you an up-to-date reference.

Things To Consider Before Buying A Prebuilt Gaming PC Under $1500

When it comes to gaming PCs that cost under $1500, you may be sure to receive a system that is strong and capable of more than just a high-end gaming experience. You’ve come to the perfect place if you want to play the newest AAA games at high resolutions and in the best settings. However, if you play games more casually and have a 1080p monitor, a $1000 prebuilt might be all you need.

The PikPc Overview goal is to be the most relied on site in tech. Our editorial web content is 100% independent. We have the expertise and relevant knowledge to help you choose the excellent product for you. Our industry professionals understand what they are talking about and how to puncture the jargon to make your task choosing the right machine as easy as possible 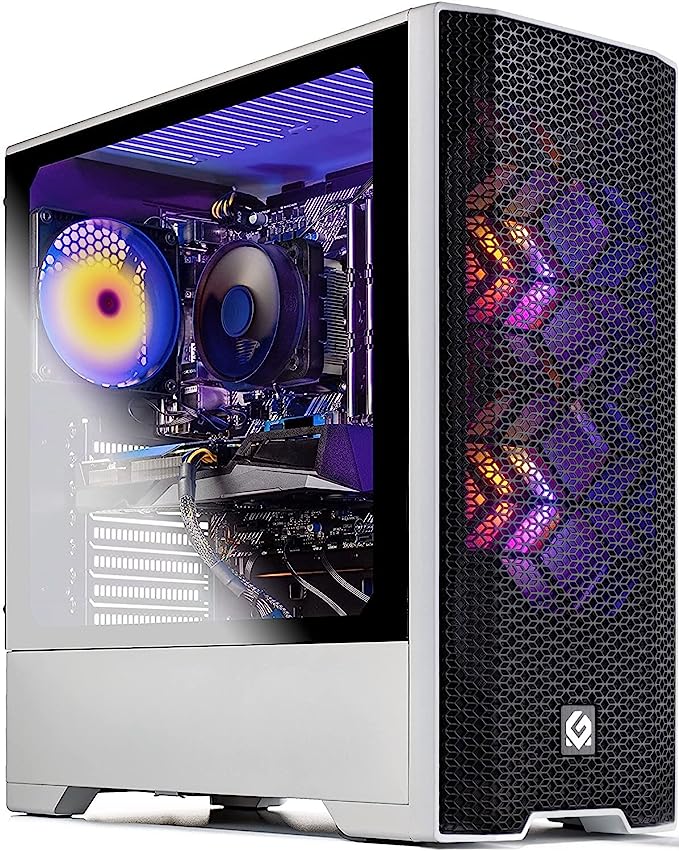 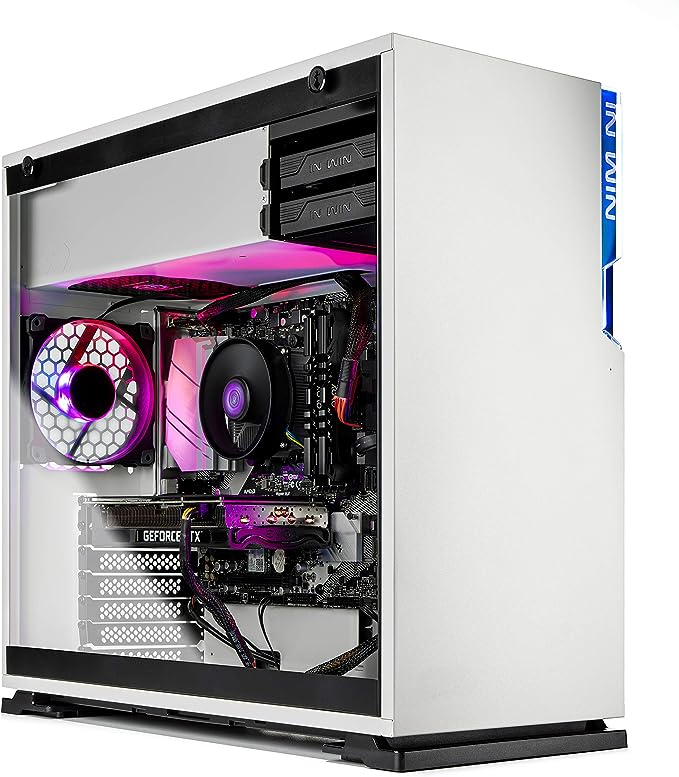 A Quick Look On Our Best Prebuilt Gaming PCs Under $1500. 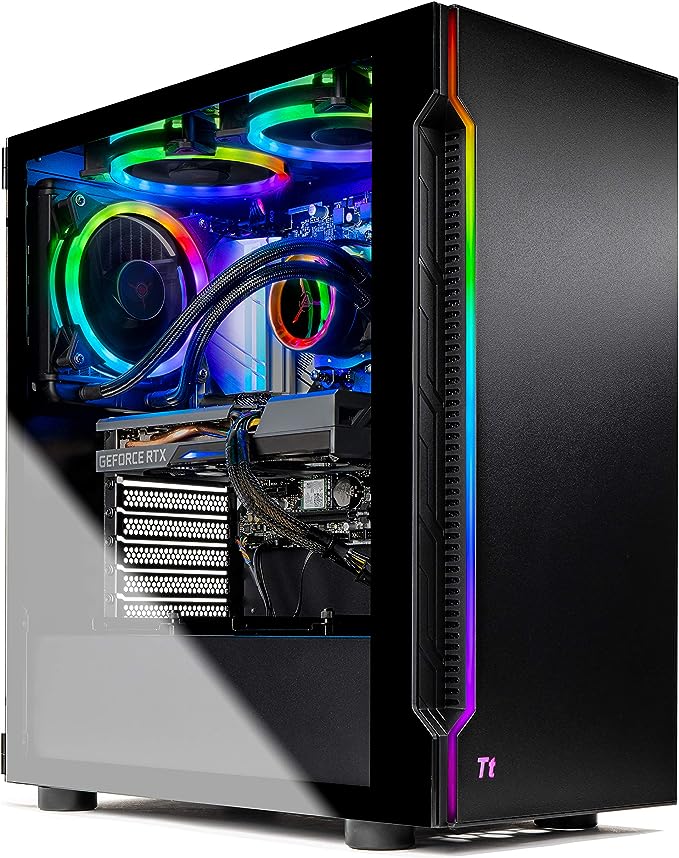 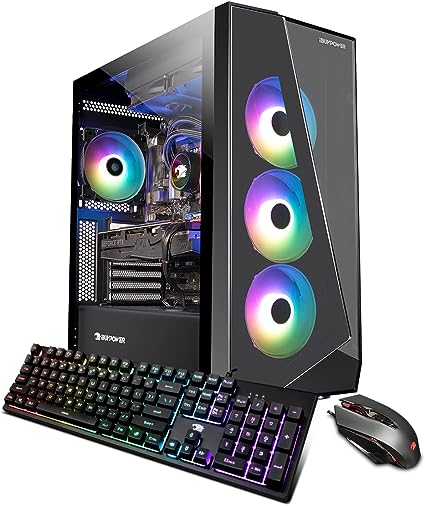 ➕ one of the most recent graphics cards from Nvidia

Skytech has created a prebuilt computer that offers outstanding gaming performance and excellent visuals for under $1500. The Shadow 3.0 is stylishly loaded with high-quality parts.

The amazing AMD Ryzen 5 3600 CPU, an improved version of the 3600, is what drives this machine. With its six cores and twelve threads operating at a base clock speed of 3.6GHz and a maximum boost clock of up to 4.2GHz, this fast CPU has a track record of performance in both CPU-intensive jobs and gaming. The powerful RTX 3060, one of Nvidia’s newest 30-series GPUs supports the CPU. With performance levels comparable to the legendary RTX 2080, the card excels at gaming and makes playing games at high settings a breeze. This version has 16GB of RAM, which is a good amount for gaming and is also reasonably quick.

This prebuilt includes Wi-Fi, Windows 10, and a 1TB SSD. This design does not include an additional HDD, but 1TB is sufficient. Additionally, this desktop has built-in WiFi, Windows 10 pre-installed with no bloatware, plenty of USB slots, customizable RGB lighting for the fans and accent lighting, and an included keyboard and mouse. The LED button, which is adjacent to the power button on the top of the case, controls the RGB lighting. The lighting can be changed from being fully RGB to cycling through fixed colors, fading, and various effects. There are many different lighting solutions available. You can also turn off all of the lights.

Any gaming PC’s gaming performance is mostly determined by the strength of its video card and processor working together. Their most powerful model has an RTX 3060 Ti 8GB video card and a Ryzen 3700X CPU. These two pieces of hardware are among the newest ones now available. Since 3000 series cards are becoming increasingly rare, it’s good to see some pre-built choices that can use them with other gear that complements them well.

A version with the RTX 3060 Ti is what you should definitely consider acquiring if you’re looking for a gaming system that can handle games like Cyberpunk 2077, Warzone, Apex Legends, or Assassin’s Creed: Valhalla at full settings with RTX enabled while still being able to manage well over 100+ FPS.

There are a few Shadow 3.0 variants that support a GTX 1660 Ti and either a Ryzen 3600 or a Ryzen 2700. Although 1660 will provide you with respectable performance levels, it is in no way comparable to the 3060 Ti. Depending on the desktop version you choose, the Skytech Shadow 3.0 PC’s performance level will vary. A 3060 Ti will be able to deliver about twice as much, and occasionally even close to three times as much, gaming performance as 1660.

A 1660 6GB card will typically enable you to achieve an average frame rate of 60 FPS with some graphical settings changed, whilst a 3060 Ti would typically enable an average frame rate of 120+ in most games at 1080p. Therefore, you need to know what kind of gaming performance you want from this PC before deciding which version to go with. A version of the Shadow 3.0 desktop that contains the 3060 Ti is the one you should choose if you want the finest of the best.

➖ a little bit over budget

The Skytech Blaze 3.0 appears to be housed inside an In-Win 101 chassis that has an antique PSU shroud placed at the top. Thermals shouldn’t be an issue because neither the RX 6600 XT nor the 10400 consume a lot of power. Additionally, the case has a side intake that is protected by two RGB case fans, which ought to somewhat increase ventilation.

If your $1500 budget covers both a PC and a monitor, the RX 6600XT-powered Skytech Blaze is the best gaming desktop you can get if you’re not interested in ray tracing and DLSS. High refresh rate 1080p and 60 frames per second 1440p gaming are both excellent on the RX 6600 XT. Despite the resolution, esports games will naturally operate at substantially higher framerates. This Core i5-10400 is another quick gaming PC that won’t win any prizes, but it pairs well with the RX 6600 XT. It has the same six-core/12-thread architecture as the 5600G and is roughly as fast. The remaining components of the kit are a 1TB NVMe SSD and 16GB of dual-channel DDR4 3200 RAM.

➖ Not easy to avail

➖ Support is not so easy to get

You’re looking at the best Nvidia GPU-equipped prebuilt gaming PC for under $1500. All things considered, you get a lot of gaming performance for your money here. The Skytech Shiva delivers an RTX 3070 along with a Ryzen 5 5600X for just under $1500, which is a fantastic deal.

You have 1 TB SSD and 16GB of dual-channel DDR4 3200 RAM available for use as memory and storage. Not bad and a typical product in this industry. Once more, we’re looking at a glass-fronted case that won’t do much for your thermals. You should be alright given that neither the GPU nor the CPU are power hogs. However, if you experience excessive thermals, you should either replace the CPU cooler or the entire case if both the GPU and CPU register temperatures are too high.

The reason the iBUYPOWER Pro Gaming PC SlateMono 238i gaming PC is rated lower than the alternatives above is simply that it is more expensive at $1500. Our build from iBUYPOWER is incredibly amazing and features some of the greatest parts in this comparison. The design of this great PC with an RGB case is great, the black color of this gaming PC is impressive with the glass wall on the sides. The airflow of this gaming PC case is great which prevents it from heating.

The most recent mid-tier 12th generation Intel CPU, the i5-12600KF, lies at the heart of this gaming PC. With 10 cores and 16 threads operating at a base clock speed of 3.7GHz and a maximum boost frequency of up to 4.9GHz, this powerful CPU has a track record of performance in both CPU-intensive applications and gaming. With this many cores and threads, a gaming computer could effortlessly generate videos or broadcast them. We also witness Nvidia’s RTX 3060Ti, a potent graphics card that can deliver outcomes comparable to those of the RTX 2080.

Additionally, this configuration includes 16GB of quick RAM, a size that’s ideal for gaming and matches the CPU’s reliable performance. Windows 11 is also included with this prebuilt, although there is just a 500GB SSD. Although this design comes with an additional 1TB HDD, a larger SSD would have been preferable.

➕ The CPU cooler was upgraded to something passable

➕ A sane amount of thermal paste under the cooler

➕ Heat sinks on the mobo

➕ PSU looks fine, or more branded than a generic. 750 gold

➕ An m.2 drive was installed and space for one more.

➕ Potential to be a monster

➖ Anything you install is DIY. Doesn’t look like you’re supposed to do much in there.

➖ Plug the included keyboard and mouse into a trash can.

ASUS ROG Strix G15CX gaming PC case design is so attractive its black color is great with cool RGB lights and it will look great in any gaming theme.

The side glass wall looks so adorable andI’m pretty sure it’s real glass . ASUS ROG cases are hot as hell, so do monitor CPU and GPU thermals.

Check out this ASUS ROG Strix G15CX if you want to spend even less money but still receive a device with the same level of gaming performance as our budget-friendly picks. If you don’t mind using older but still strong components, this is one of the greatest gaming machines under $1500 you can find right now.

The RTX 2080 Super can equal the gaming performance of the RTX 3060 Ti and RX 6700 XT despite not being the newest gadget in the store. Even better, ray tracing performance and DLSS support are still quite good.

The CPU is another vintage component. Despite being a few years old, the 9700K is still a more than capable gaming processor. Although its eight cores do not allow hyperthreading, you can anticipate the 9700K to perform on par with the Core i5-10600K or the Core i5-12400F in terms of raw performance. Next, we have a 512GB NVMe SSD + 1TB HDD combination paired with 16GB of dual-channel RAM. sufficient for any gamer.

These are currently the best prebuilt gaming PCs under $1500 available. Which option you choose will mostly depend on your demands and money, but every option in this round-up will provide you with a fantastic gaming experience for years to come. You should be prepared to make your choice now that you have read this article, but know that these items are of the highest quality and come from trustworthy companies.